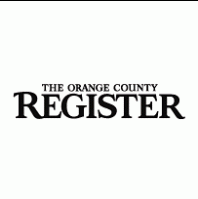 Last Tuesday’s election shows the compelling need for a new political party in California. California follows the “top two” system for all legislative races: candidates run at the same time, and the top two vote-getters, regardless of party, qualify for the final round in November. The system is more like a two-step run-off than a party primary.

In November, thirteen Assembly run-offs will feature a Democrat versus a Democrat. Two feature a Republican versus a Republican.  Four state Senate November races will also pit a Democrat against a Democrat. Of the thirteen Assembly Democrat-versus-Democrat races, seven include a candidate who won more than 50% last week.  None of the Democrat versus Democrat state Senate races feature a candidate who won more than 50%. So there are ten contests (six for Assembly, four for state Senate) that will be decided by which of the two Democrats can better appeal beyond their base.

The California Democratic Party can support one or the other of the Democratic finalists in these ten races.  It will likely not give to both; that would be a waste when a Democrat would be elected anyway. Why give to either?  The reason is to insure that, of the two Democrats, the candidate more loyal to the party wins.

In the ten Democrat-versus-Democrat races without a 50% vote-getter already established, the California Democratic Party will decide which one of the two finalists to support on the basis of loyalty on matters most important to the party.

The Democratic Party can tip the scales decisively in favor of one Democratic finalist over another without having to spend its own money (except in a technical sense). This advantage is accomplished by a “political party account for state candidates,” to which an individual donor may contribute up to $40,500. The party can then give any such contribution directly to the candidate, without having to maintain distance from the campaign.  The individual donor who wants to give directly to the candidate, however, is limited to $4,900.  So, having the party’s favor allows a candidate to ask a donor to contribute up to $45,400; running without a party’s favor, a candidate can ask donors to give no more than $4,900: creating a better than nine-to-one advantage for the favored candidate.

Today, Democrats hold ¾ of the seats in the State Assembly. Two-thirds are needed to pass tax legislation and to put initiatives on the ballot without having to gather signatures. If as few as seven Democratic Assembly members acted independently from their party-leaders on those issues, compromise rather than party-leaders’ fiat would result. With ten Democrat-versus-Democrat contests without a presumptive favorite this November, electing seven centrists might be achievable.

Imagine there were a third party willing to help independent-minded Democratic candidates this November. California law does not restrict a “political party account for state candidates” from giving money only to its own party members. The existing third parties, however, would not consider doing so. The Libertarian Party’s by-laws forbid it. The mis-named American Independent Party, founded by segregationist George Wallace, has never backed a Democrat and appears moribund: it fielded not a single candidate of its own last week. The Peace & Freedom and Green Parties have litmus-tests on issues.

For the last two years, the Common Sense Party has been trying to become officially recognized in California, explicitly committed to supporting candidates of any party who think for themselves. If it had it already succeeded, it could have balanced the financial advantage that now threatens to retain Assembly control by the most orthodox of Democrats.

Tom Campbell is a professor of law and a professor of economics at Chapman University. He served five terms in Congress and two years in the California State Senate as a Republican. He left the Republican party in 2016 and is the interim chairman of the Common Sense Party.